This work is based on Stephan Möller Vox AC30 Amplifier Simulator. It is basically a reverse engineering of his work, so it is fair to start by giving credit to his amazing work. Some schematics can be found on the internet with incomplete component values.
It consists of three stages:
In order to implement a reverse engineering of this project I created an LTSPice simulation of a simplified version of the real VOX AC30 amplifier and an equivalent LTSpice simulation of the tube simulator. I tried to adjust the component values in order to obtain a similar time and frequency response in both circuits for each stage.

Let's start with the Preamplifier stage. 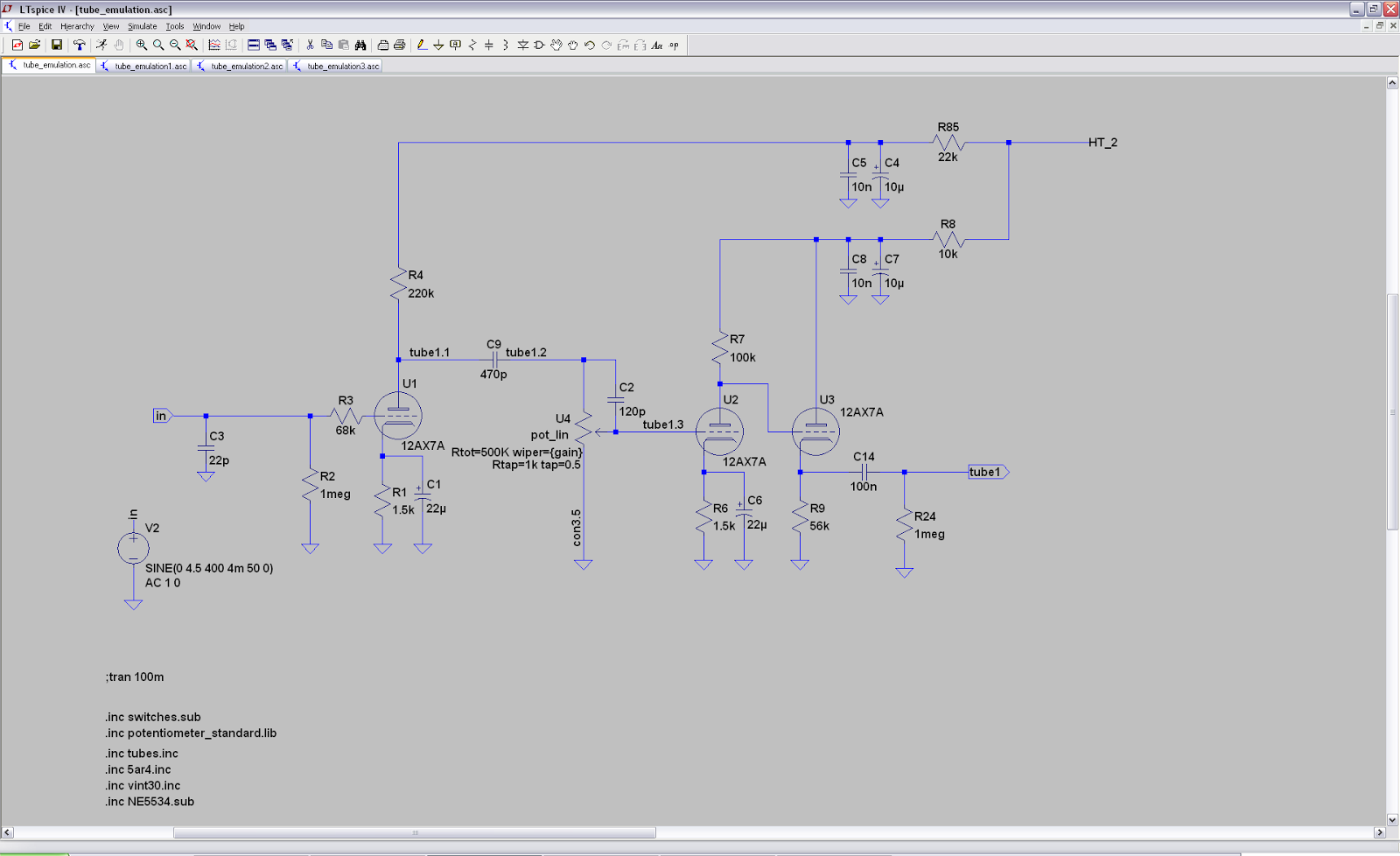 The Tube Simulator preamplifier also consists of two amplifier stages but opamp based and a gain potentiometer between them.
The first opamp stage includes soft clipping based on zener diodes in the opamp feedback with different voltage values to provide some unbalanced clipping or saturation at positive and negative values. I found that a 6.2V and a 4.3V zener where more adequate to match VOX AC30 response. Between the opamp and the gain potentiometer there is a positive hard cliping section based on a Schottky diode with a series resistor. A high value of 470K is used that quite mitigates the diode clipping. This part is quite tricky because actually does not match valve response but having an important clipping affected negatively the next stages.

The second opamp stage includes 4 different types of soft clipping blocks:
Two blocks (positive/negative) based on 2.7V zener diodes + silicon diode in series (not sure the silicon diodes are any useful here) + series resistor (470 ohms / 10 Kohms)
One block based on a germanium diode + series resistor (91 Kohms)
One block based on a 2N2907 PNP transistor with biased base (Rq1 = 47 kohms). Real implementation of the bias will be explained later in the pratical implemention of the circuit.

The figure below shows the schematics of the Tube Simulator preamp: 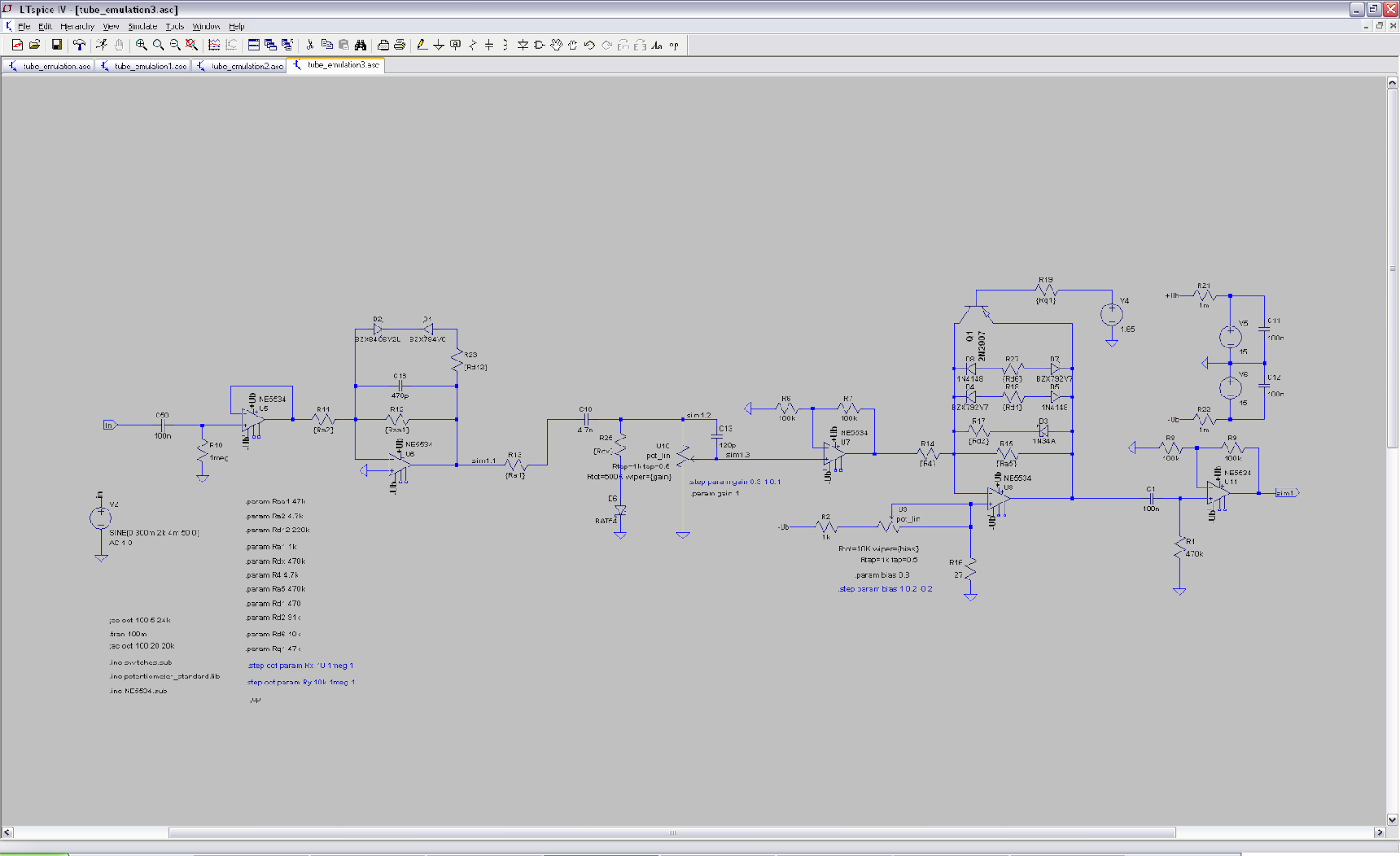 The following plot compares the time response of a 500Hz sinusoid exponentially decreasing with 50Hz time constant after the first (top plot) and second (bottom plot) stage of the preamplifier for tube simulator (green trace) and AC30 valve amp (red trace). This is a bit tricky, but positive clipping is reduced in the tube simulator for a better stability and signal matching in the next amplifier stage. Voltage levels are higher in the valve amp, so signals are scaled for comparison. 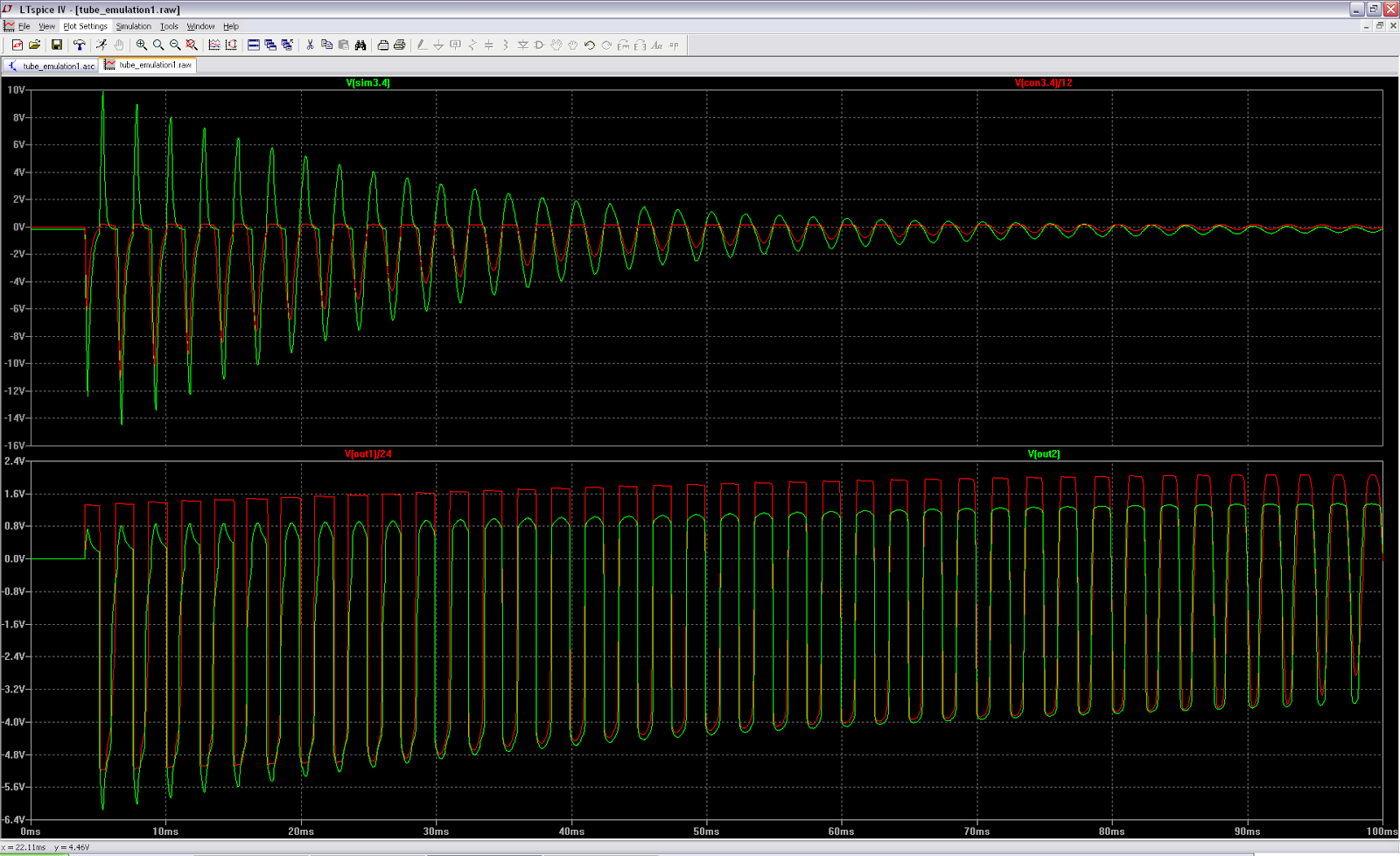 As it can be observed in the next figure frequency response from 10 Hz to 20 kHz matches very closely. 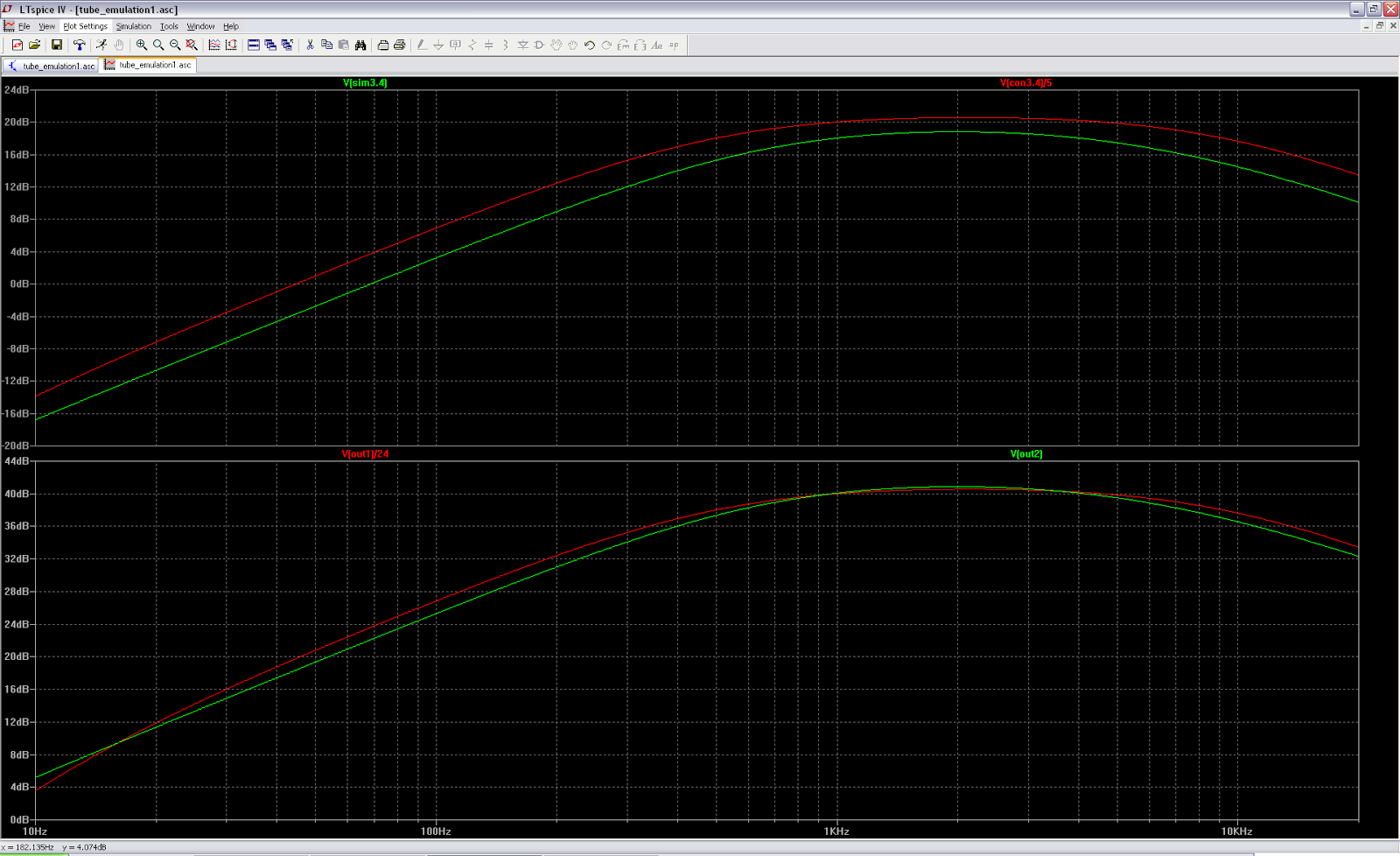