The following figure shows the Schematics used to compare the frequency response of NuTube 6P1 vs 12AX7 in starved mode: 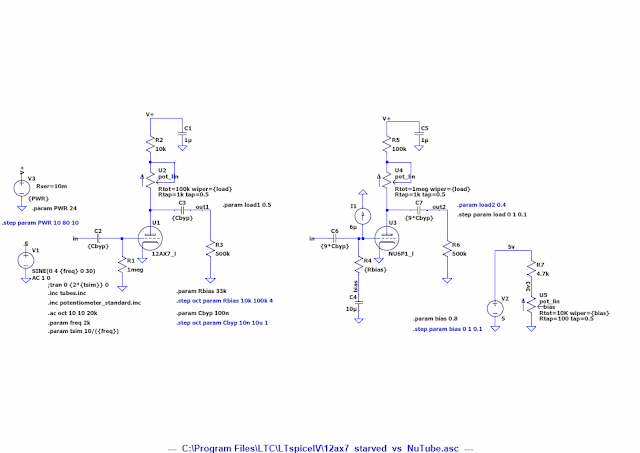 12AX7 has a 1M pulldown on grid input while NuTube 6P1 has a bias circuit to adjust the bias voltage on the grid between 0V and 3.3V, connected to the grid via 33K series resistor, the typical grid current of 6uA has been added, since the model does not include this bias current.

Anode/plate output resistor load is 500K in both circuits.

Both circuits have anode/plate connected to +24V via a series resistor and a potentiometer to adjust load.
NuTube 6P1 has resistor values multiplied by 10 to be able to sweep around the maximum gain point.

The following figure shows the starved 12AX7 frequency response between 10 Hz and 20 kHz with anode load potentiometer varying from 0 to 1. A maximum gain of 24.6 dB is obtained with a load resistance of 50K 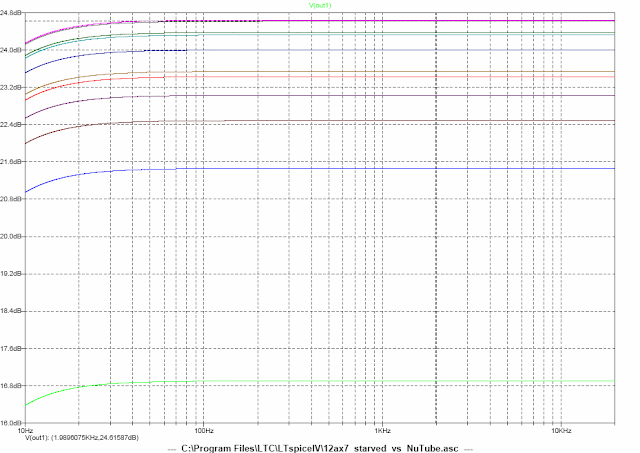 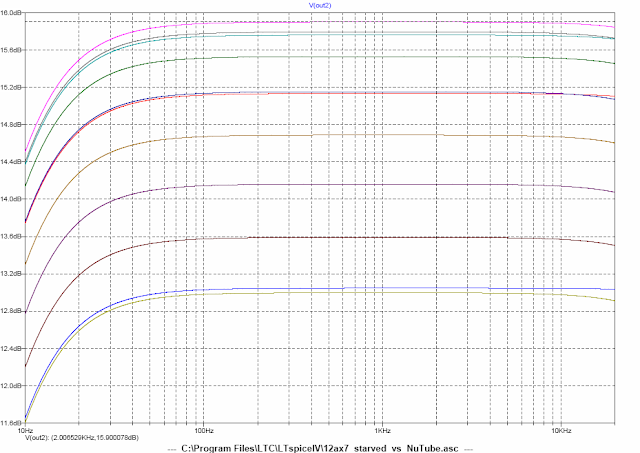 Bypass capacitors are also compared between 10nF and 10uF. NuTube 6P1 bypass capacitor value must be multiplied by 15 in order to have a similar response at lower frequencies: 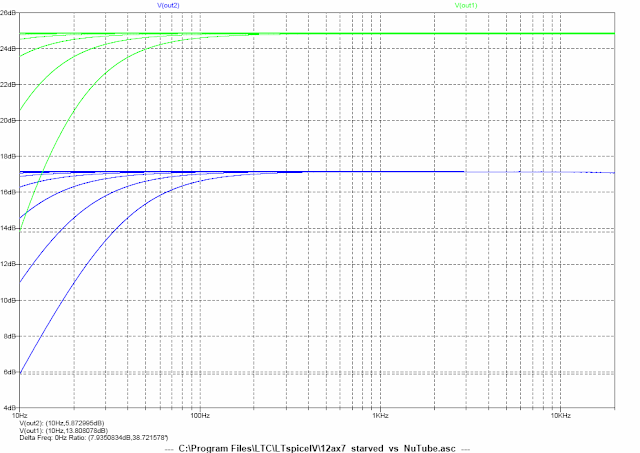