The figure below shows the schematics of the VoxAC30 end stage amplifier. It starts with a 2-band equalizer for bass and treble and a switch  for equalization shift that adds a deeper notch in the mid tones when activated.

It is followed by an amplification stage based on two 12AX7A valves. It is a valve version of a differential amplifier. It is followed by the high power end stage amplifier based on 4 EL84 valves that feeds the audio transformer and the speaker. 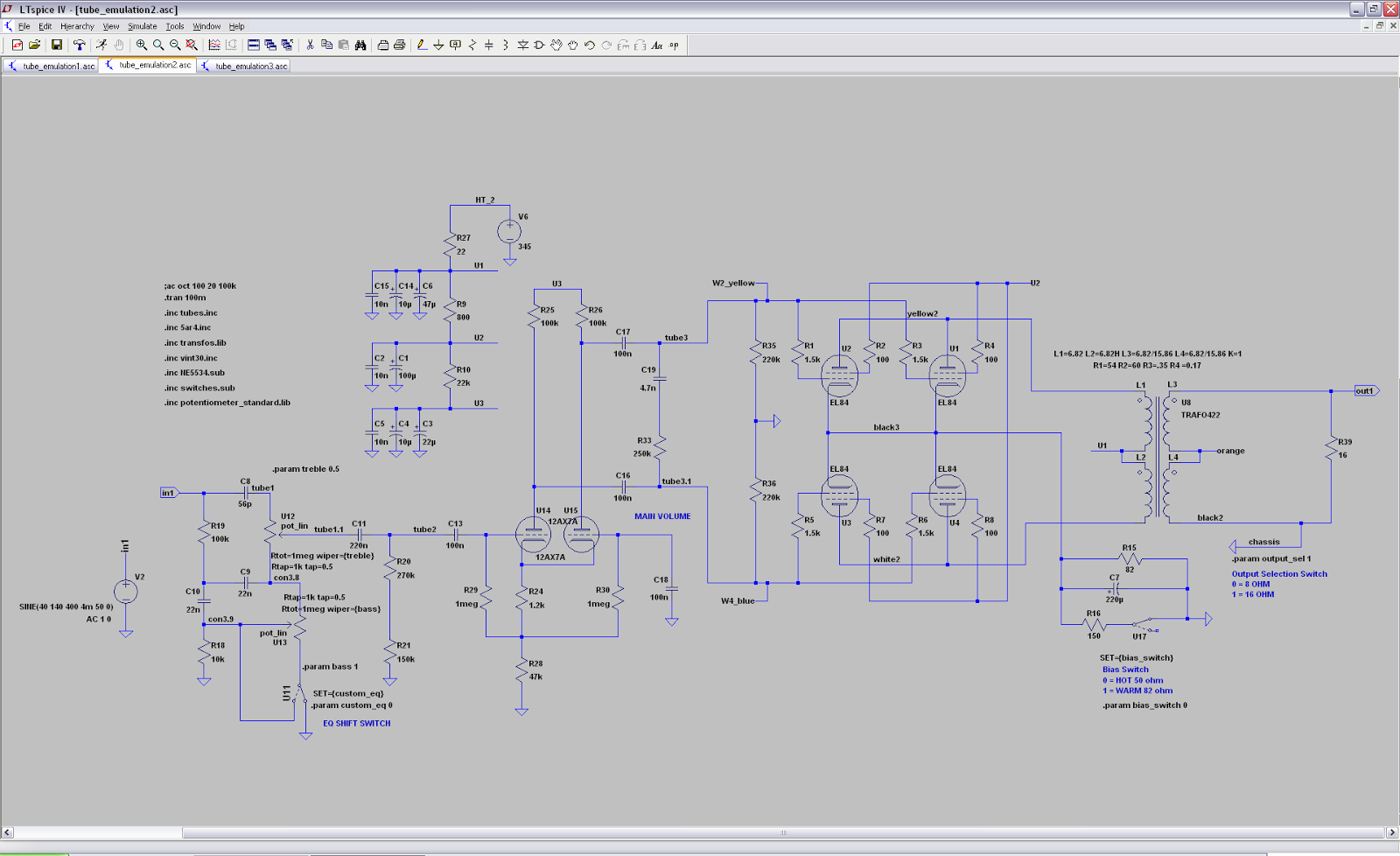 The figure below shows the schematics of the Tube Simulator end stage amplifier. It starts with an almost identical 2-band equalizer, where the values have been scaled to have the same frequency response but more reasonable values. Capacitor values have been multiplied by 100, from 56 pF to 5.6 nF and 22 nF becomes 2.2 uF. Resistor values have been divided by 100 to keep the RC ratio and the same frequency response, so 100 kohm becomes 1 kohm, 10 kohm becomes 100 ohm, and the 1 Mohm potentiometer become 10 kohm. The 2-band equalizer is followed by an RC high pass filter (100 nF, 24 kohm)

The Tube Simulator end stage amplifier consists also of two amplifier sections but opamp based.
Unity gain opamp amplifiers are used to separate each section. Unity gain has been used instead of followers to allow some gain adjusting between sections if required.
The first opamp section includes soft clipping based on silicon diodes plus negative clipping based on germanium plus a series resistor. Another RC high pass filter is added afterwards. 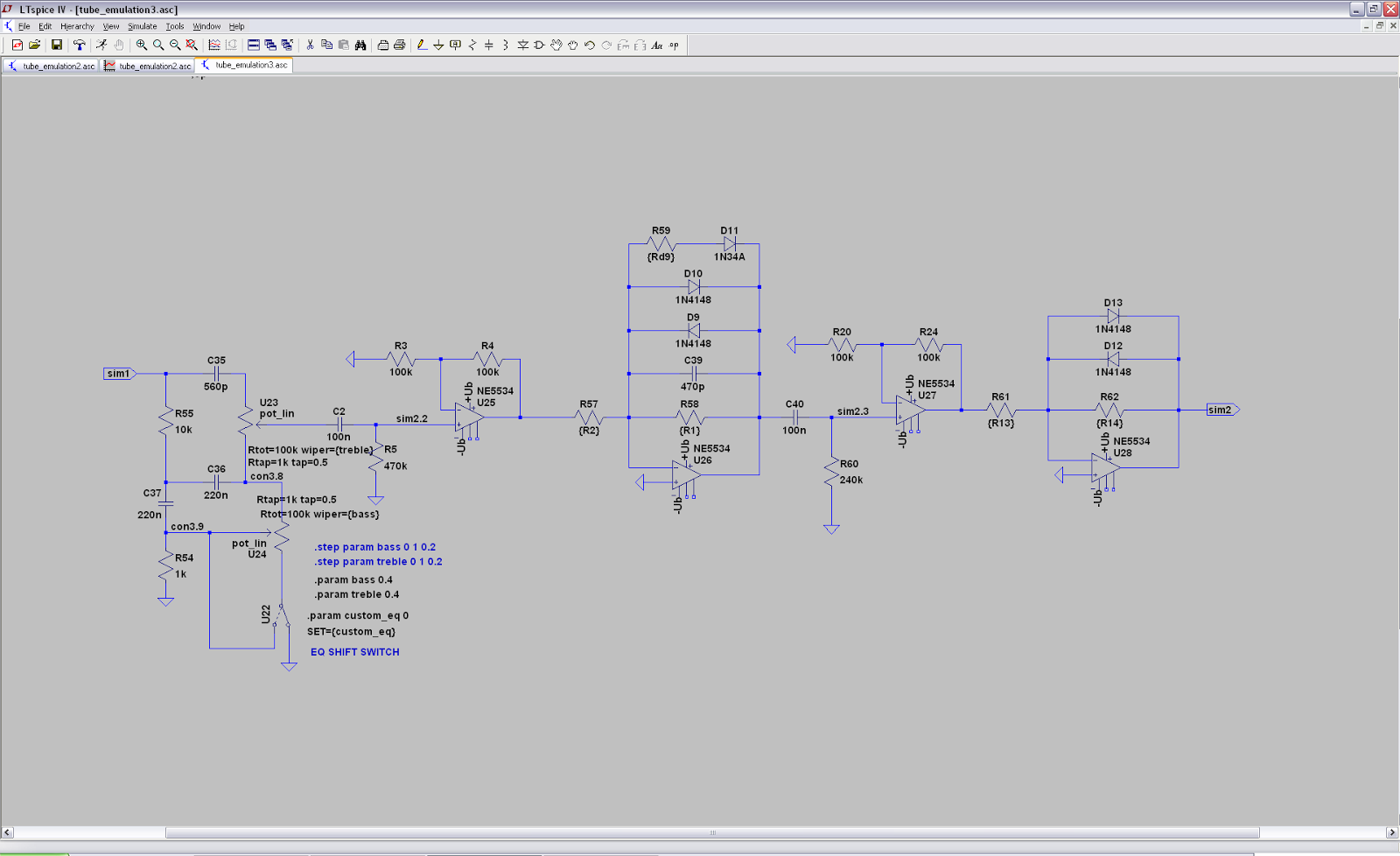 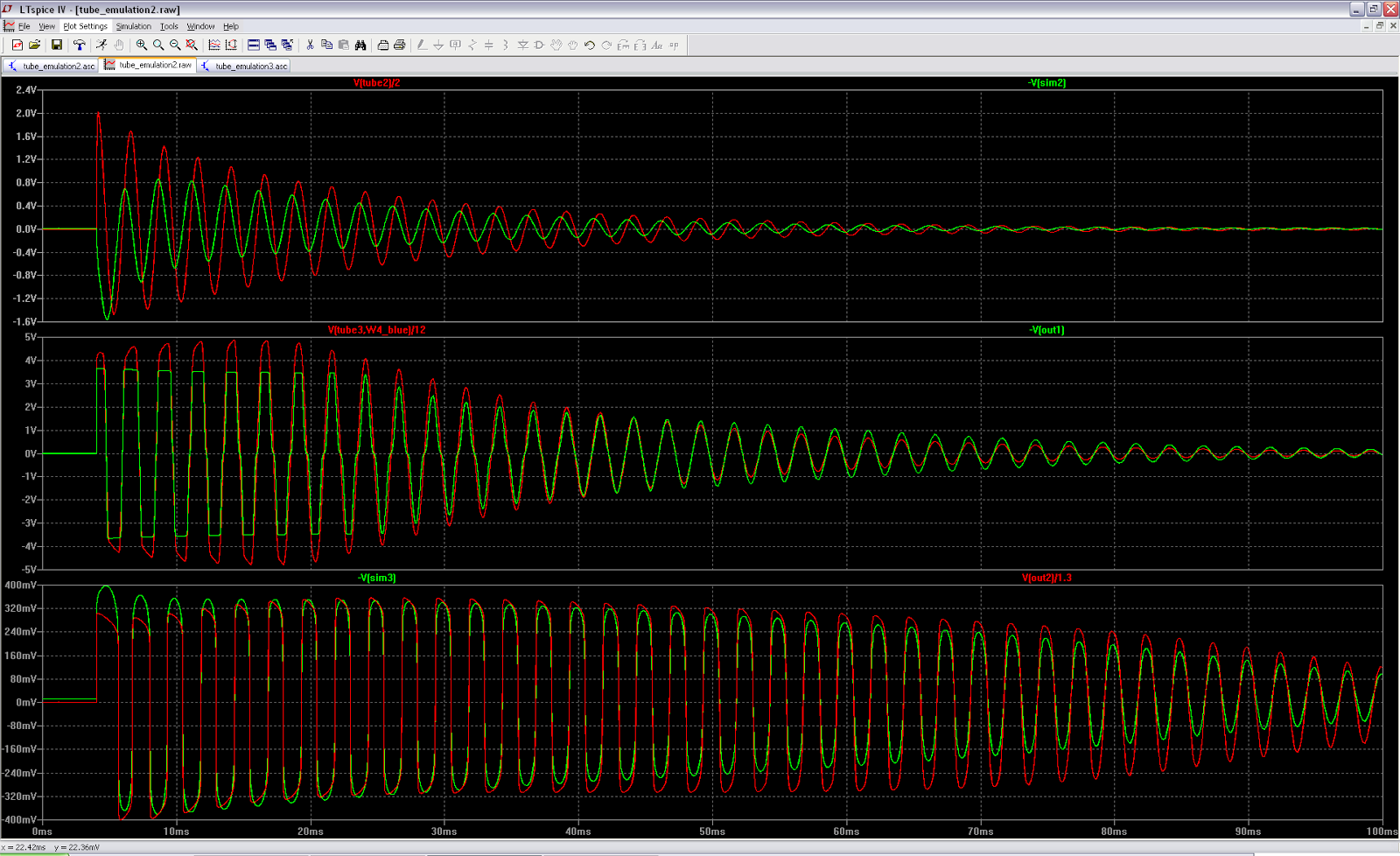 The following plot shows frequency response from 10 Hz to 20 kHz . Frequency response of Tube Simulator matches that of Vox AC30 amplifier. Different voltage levels have been scaled for comparison. 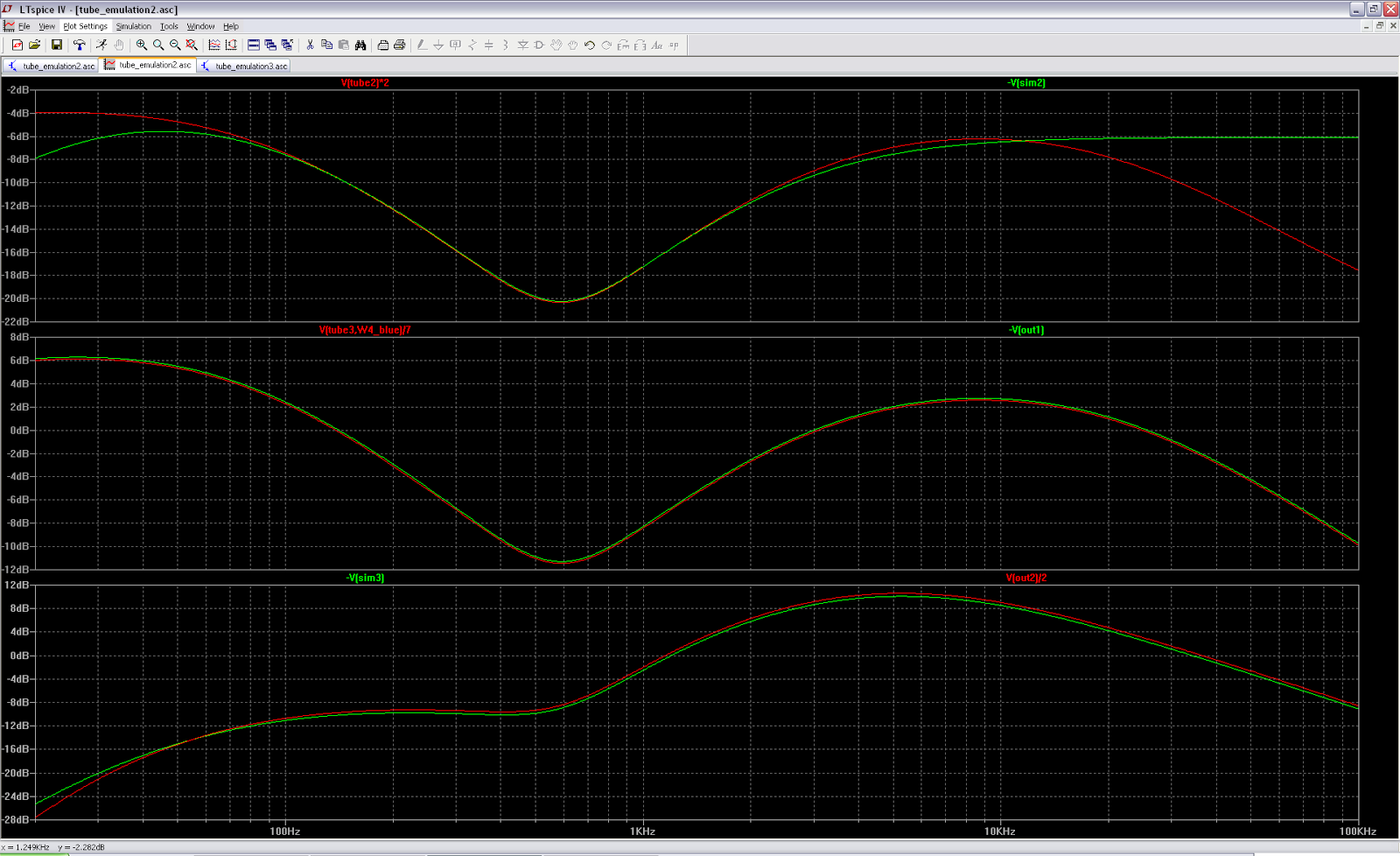