Germanium diodes are a preferred choice for use in distortion guitar pedals for their unique sounding characteristics when clipping an audio signal. Germanium clipping is softer than that of regular rectifier silicon diodes. A softer clipping generates less high frequency harmonics and hence it produces a more agreeable sound to the ears, closer to that produced by valves. 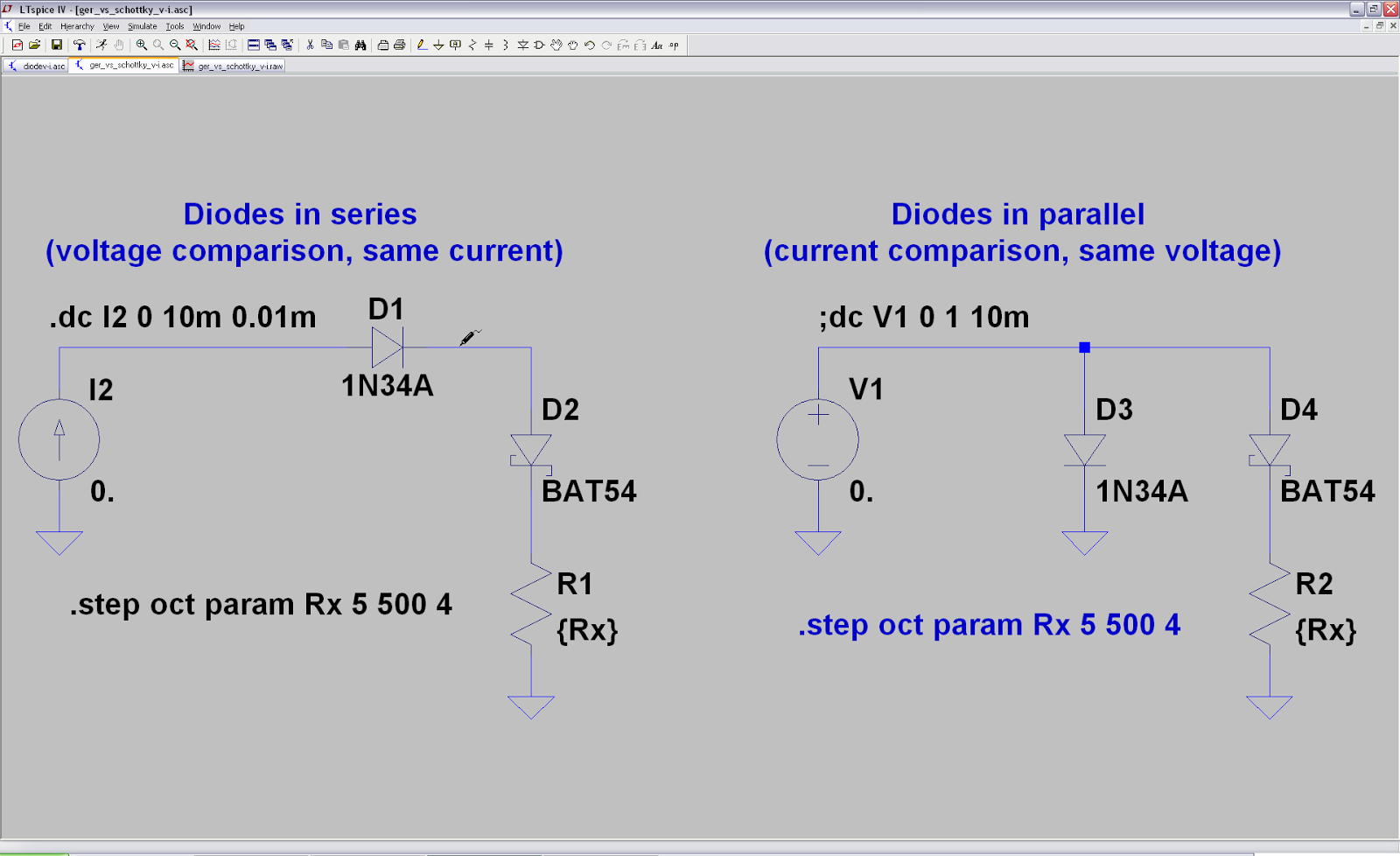 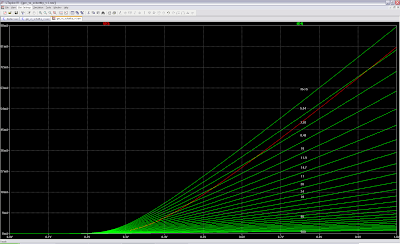 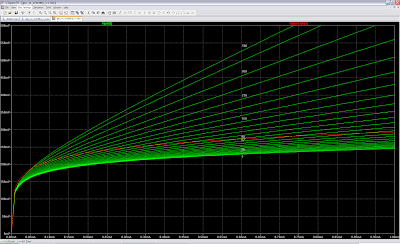 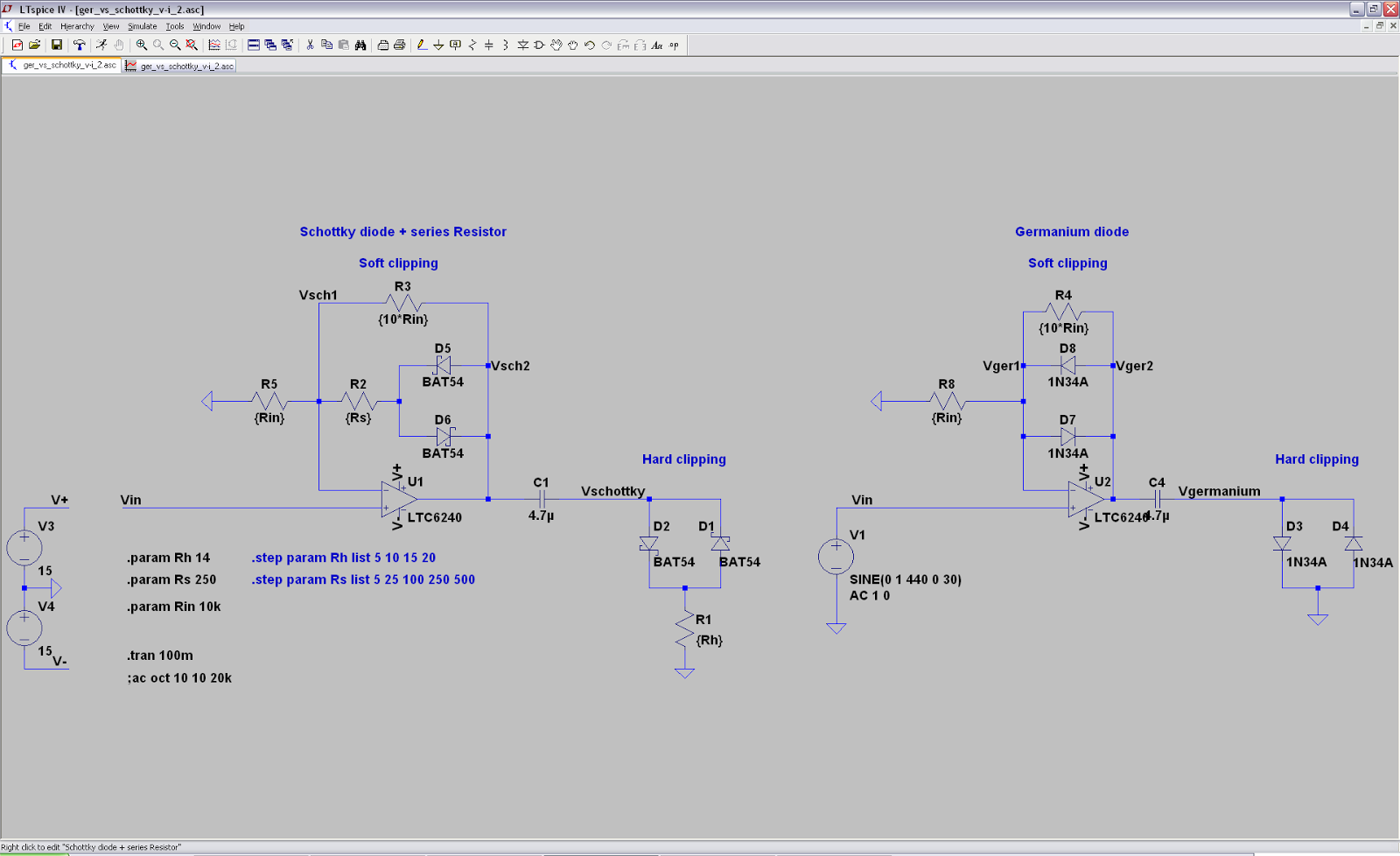 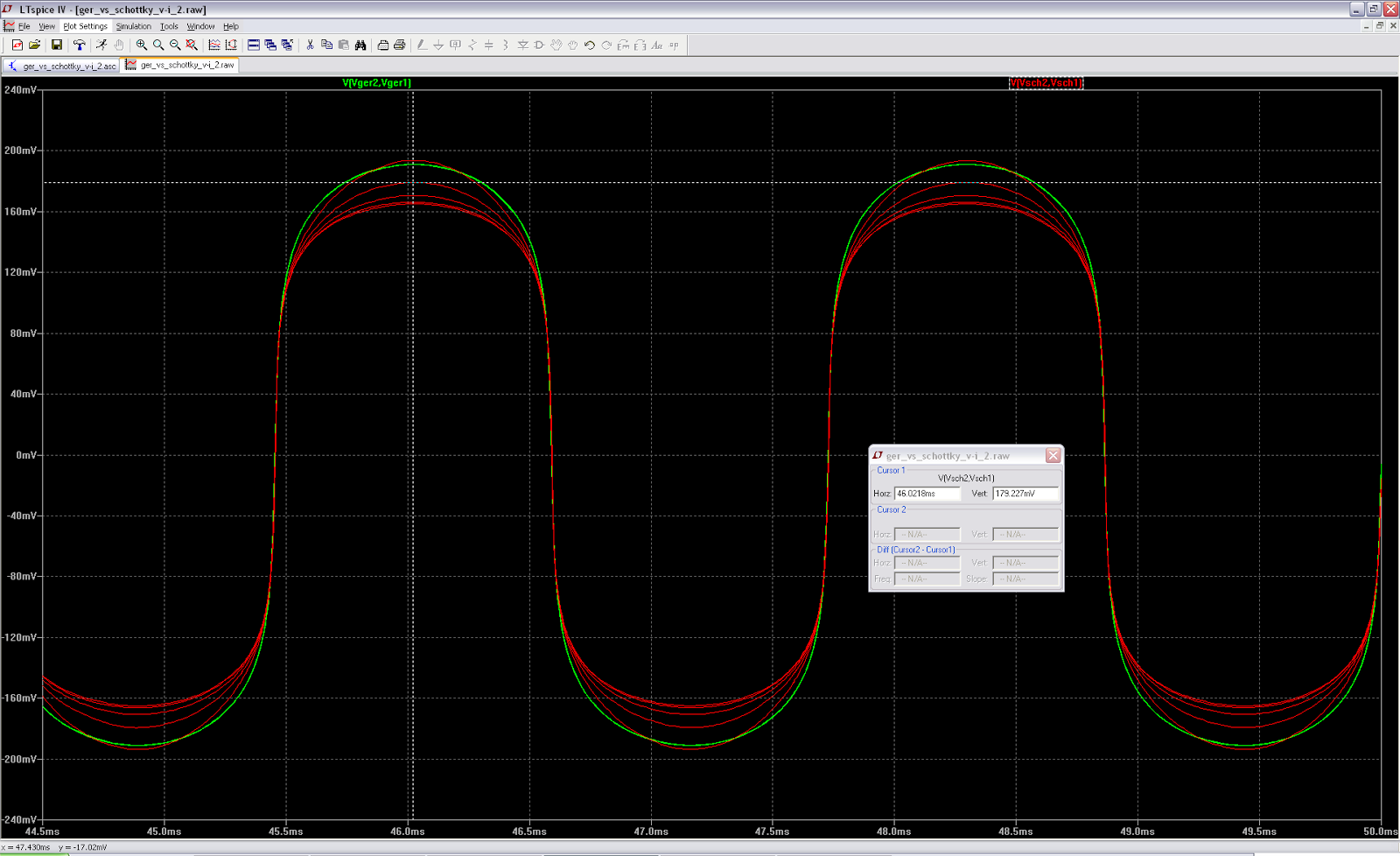 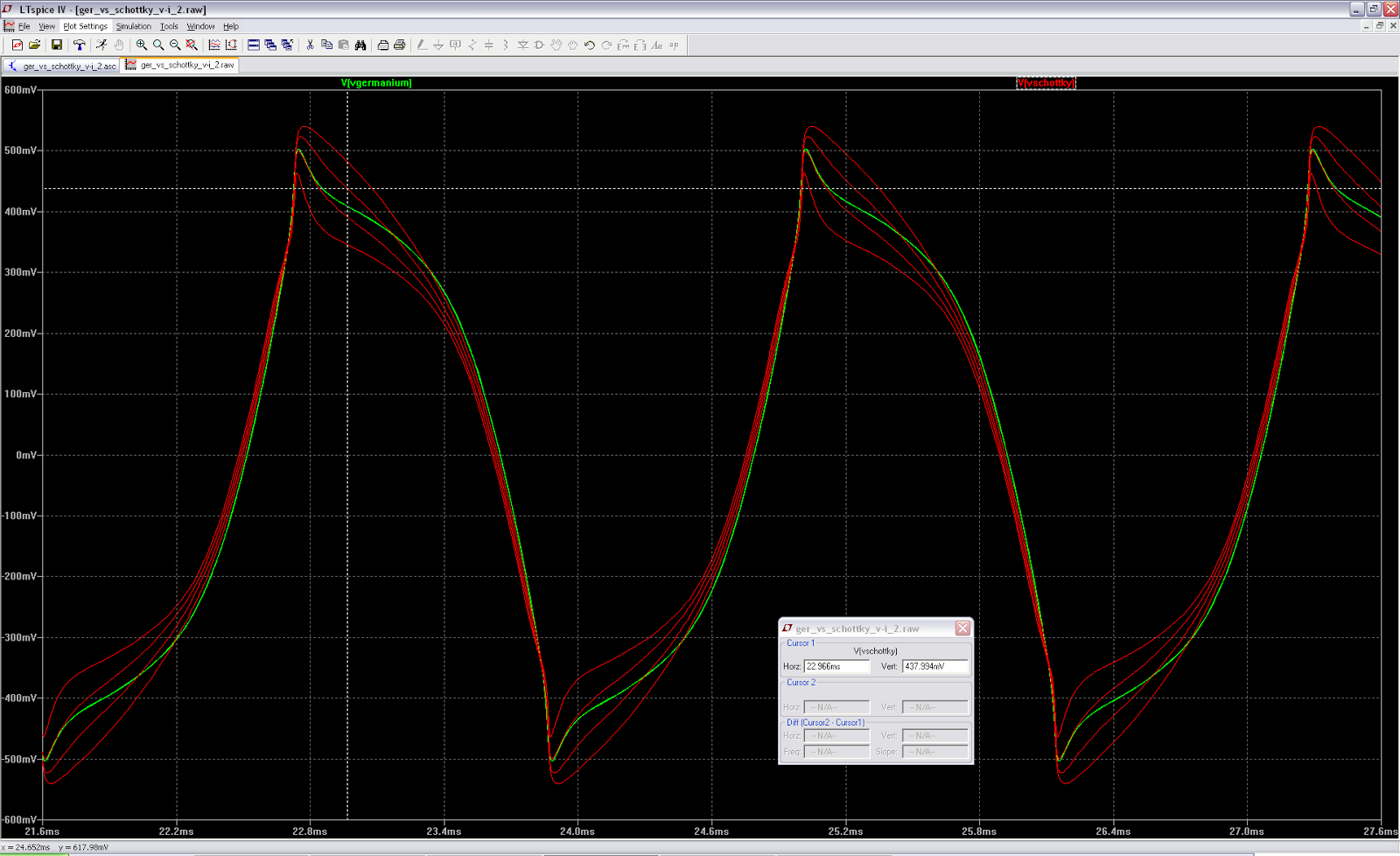 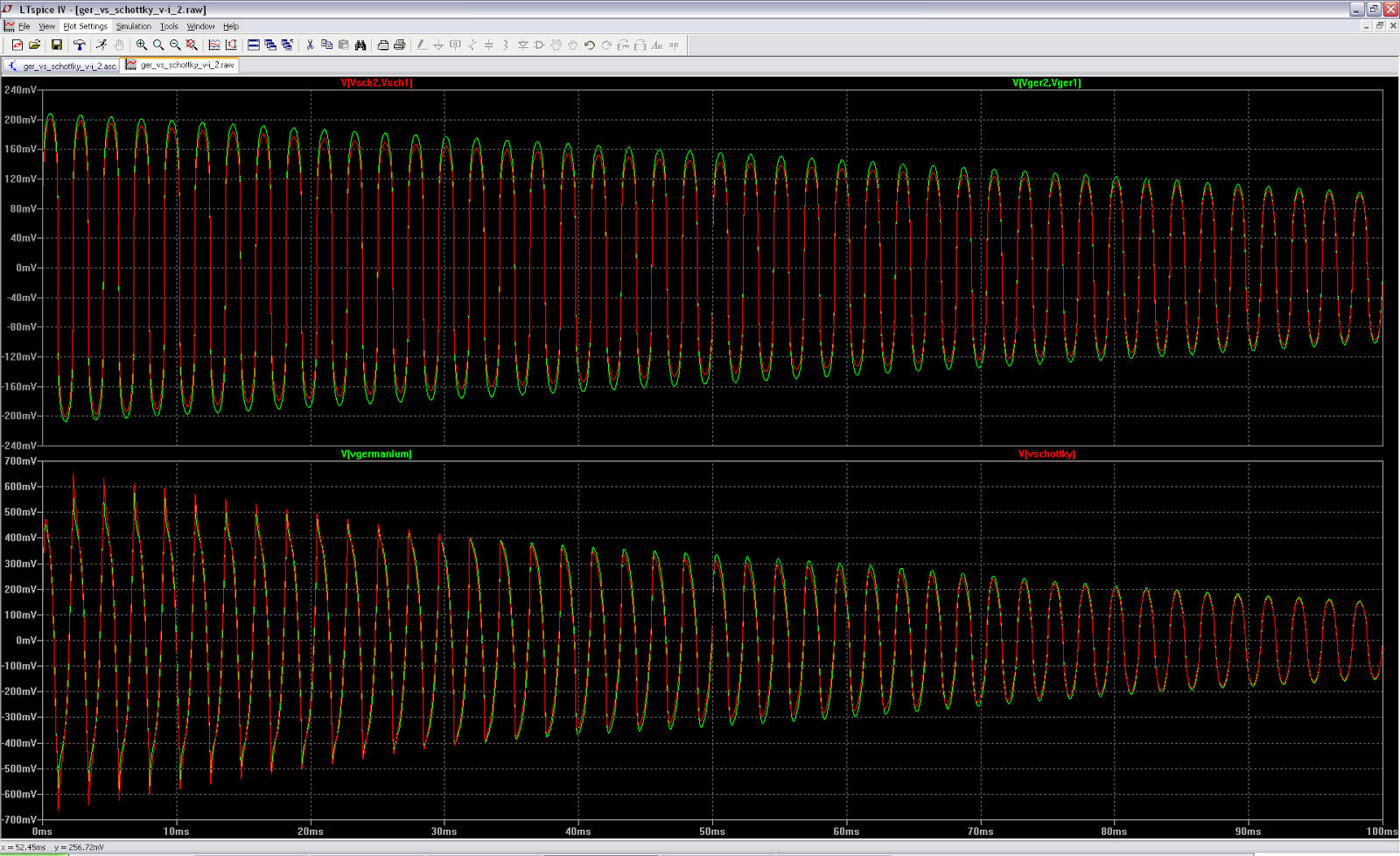 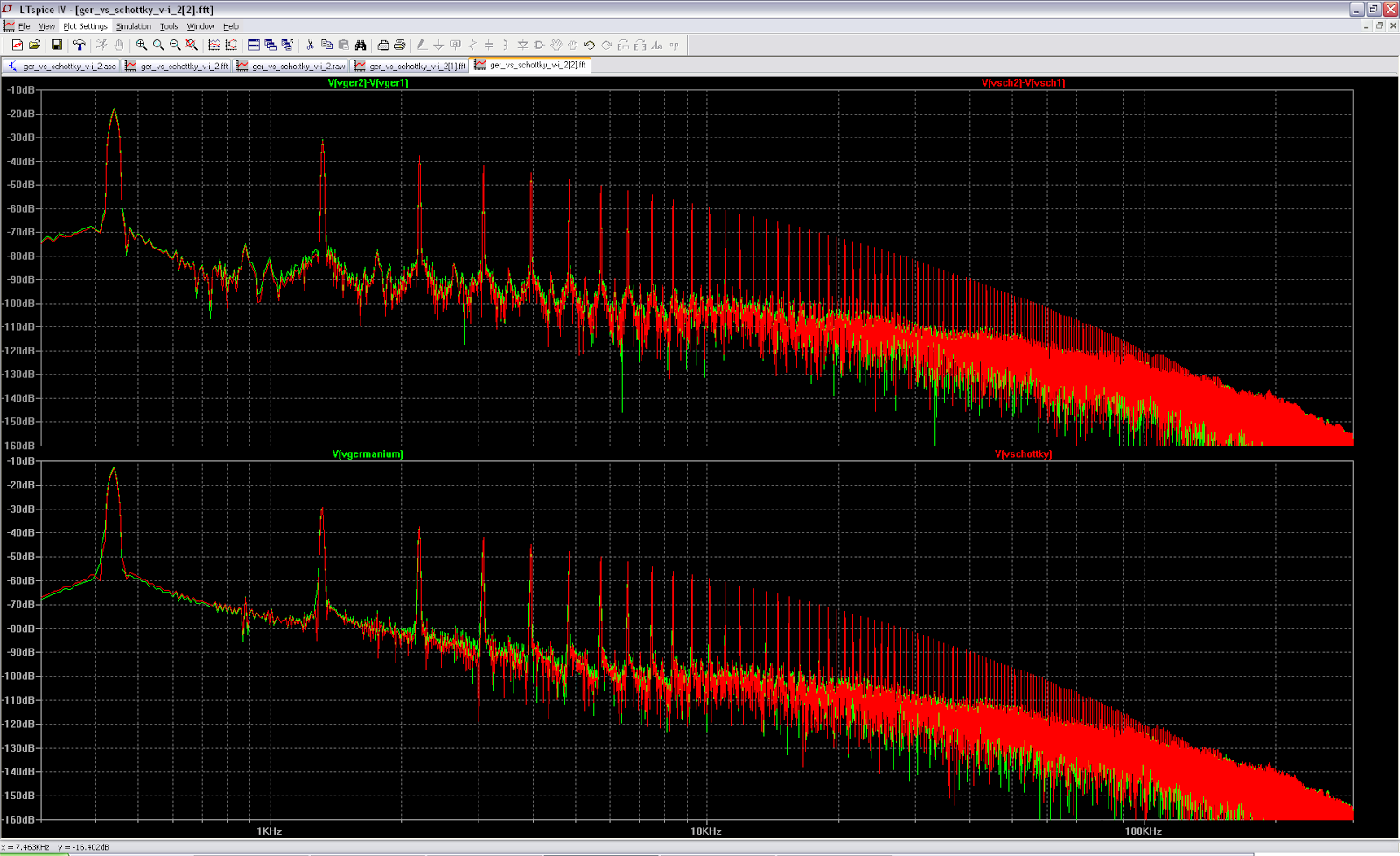 As it can be seen, frequency spectrum for both types of diodes (germanium and Schottky) are very similar and almost overlap perfectly.
Soft clipping shows a higher level of second order harmonics (nicer to the ears and closer to valve response) which is more suitable for overdrive distortion while hard clipping reinforces third order harmonics (harsher sound) more suitable for fuzz distortion.